Yes. It can be annoying, I know. After ordering a priceless package (…at least the way you see it…), something you denied yourself pleasures to save up for. An item you so desired that you may have even borrowed some cash just to complete the payment and finally order it via the USPS service, you wait…and wait…and…well, keep on waiting. “What’s going on? It’s been days now and I’ve received no feedback”. You call the online stores or companies you ordered from thinking you’ve been scammed. You demand a refund only to hear the cool voice at the other end telling you it is no fault of theirs as they’ve already mailed it through the USPS service. “What?”. Popping up their website on your phone, you key in the tracking number only to discover your precious package has been going in circles all this while. You can’t believe your eyes as you see something similar to this image.

“What sort of service is this?”. “Is that how things are run on this platform?” But the most painful of them, in my opinion, is when you are the sender. Just imagine this scenario. After buying a package for your loved one for reason of their birthday, you send it to them immediately through the USPS service thinking it would get to them in time. The result? The package is on it’s way to a loop-like journey. Simply put, ‘going in never-ending circles’. Frustrating right? Before we ask any further questions and possibly yell profanities at them, I would advise we look into this further. Shall we?Screenshot by Author | How the USPS package description looks like when it’s ‘going in circles’

Why do USPS packages sometimes go in circles?

That is the most obvious question here, right? Bouncing off from one location to the other and probably not even reaching you after the long journey. Why? Well, the sole reason has to do with the address. No, I don’t mean where it’s being sent off to. What I mean is how the address is written. Let’s take this story as an example. In an interview with CBS 13, Dennis Hayes narrated the events that took place when his wife mailed a garden flag as a gift to a friend in Colorado. The post office was located in Plumas County but a month later, the parcel was still on its journey.

Those were the words of Hayes as the couple tracked the package from where they were to Sacramento, then to Denver, to Los Angeles, back to Denver. The list went on and on. After they were able to eventually get hold of it, it was calculated that the package traveled 6,688 miles (a quarter of the earth’s distance). Imagine that! So what happened? Was there something his wife did wrong? As a matter of fact, yes. According to the mail officials, the destination address was blurred as she had used a marker to write on the shiny surface of the envelope. That singular action made the parcel impossible to read hence the ‘unplanned journey’. You can find more information about that story on this website as it was the source. Moving on, how then can we prevent this from happening? With an increasing number of USPS packages going in circles, we should endeavor to imbibe any practice, no matter how small, to reduce that number. That brings us to the next question.

Is there any way I could prevent that from happening on my part?

The answer? A lot. First and foremost, we should learn from the experience of the Hayes’ household, right? It cannot be overemphasized that we must ensure we legibly write the addresses. Humans aren’t the ones going through them, machines are. And of course, we all know they are not a respecter of persons. USPS spokesperson, Meiko Patton advises that people should endeavor to write clearly, in capital letters with the use of blue or black ink.

“If you’re using a sticker label, make sure it’s on straight because machines could have difficulty reading crooked labels”.

Those are words from an official. It would be in our best interest to at least follow them. Also, I would personally advise we ensure the barcode is also clear and not smudged. That would save the machine a lot of trouble and you’ll be doing good for both yourself and ‘it’(…I mean the machine…). “Alright, I’ve told my bro all these but he can be a little stubborn at times and not obey me. What do I do if his USPS package starts going in circles?”

What should I do if my USPS packages start going in circles?

Isn’t it obvious? Call 911…Okay, that was a sick joke, but you could start by subscribing to my email newsletter to receive more valuable info about USPS and related content. And then, you can do this. Contact the USPS customer service. I know this may sound cliché but it is the first step you should take. 1-800-275-8777 are the digits to hit up for any problems at all. There have been several complaints concerning the efficiency of their customer care support. One of such was from Sambuca who experienced her USPS package going in circles also. She ordered a package to be delivered from California to Washington where she stayed. After waiting without any feedback, she decided to track her package and discovered it in Virginia. After asking the customer care support what her USPS package was doing on the other side of the country, this is what she got:

“Sometimes it is better for us to use an indirect route!”

That goes on to buttress how wonderful the USPS customer support is but we have no choice, do we? You can find out more about that story from this website as this was its source.

Do you still yearn to yell profanities now? USPS packages going in circles isn’t quite a fun experience and following those simple tasks above could, to a large extent, save he some stress in the long run. 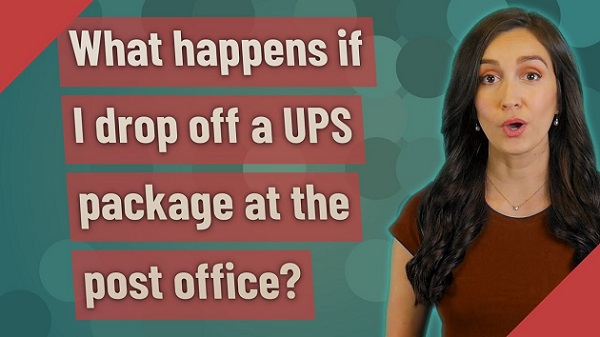 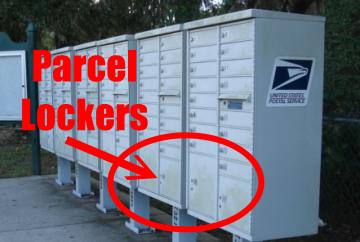